Most people think pain is a physical problem, because we feel it in our body. Whilst this is not wrong, it is not completely right either. This is because all pain has 3 components: “Bio” (biological – aka what is going on in the body) “Psycho” (psychological – what’s going on in the mind) “Social” (what’s …

Source: How Your Mindset Impacts Your Pain – Integrative Osteopathy

Dr Nick Efthimiou is a non-medical osteopath and personal trainer who also pain sciences. His is a concrete example of being able to integrate current knowledge about pain into a manual osteopathic practice; a direction many of us are theoretically heading into.

Nick writes lucent articles using illustrative examples of what he means and has a clarity of vision that makes it look like he’s always been doing it this way. Yes I admit to some jealousy. I’ve even looked into getting an exercise physiology certification, but my sights are being drawn to further academia and research right now.

Partly because I’m still exploring the complexities of a biopsychosocial treatment framework for the osteopathic manual practitioner, I’d like to flip Nick’s concept a little away from pain and direct it toward the osteopathic practitioner and the profession of osteopathy itself.

“When it comes to our mindset, we either have a fixed mindset, or a growth mindset.

This concept was first described by a psychologist, Carol Dweck, who once had a teacher who arranged the seating order of the class by IQ. Whilst Dweck was actually in the number one position, she felt enormous pressure to maintain that position, whilst those lower in the order became resigned to their fate.

This teacher inspired Carol to conduct her own research, which lead her to conclude:

People with fixed mindsets believe that they were born with all the intelligence and talent they will ever have, and that this cannot change.

People with growth mindsets, as you might guess, believe that their abilities can expand and improve over time.”

I believe that these mindsets, more prominently that of a fixed mindset, can be applied to the profession of non-medical osteopathy and to many of the practitioners who emerge within it. That’s not to say that the profession itself hasn’t grown, it has. If the Canadian example is anything to go by, then it will continue to grow and I have no desire to see that growth halted.

The fixed mindset relates much more to the philosophical basis that osteopathy uses as its root system. A shallow rooted tree can grow tall and thick but isn’t well supported, and eventually even the the wind is enough to knock it down. 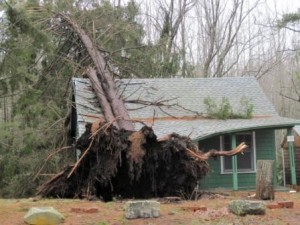 Traditional osteopathic thinking is like shallow rooted tree because it cannot extend its roots beyond the top few layers to the sciences that were not included when the initial mindset was established. Traditional thinking is still the foundation for most osteopathic education, which shows that on an instructional level this fixed mindset is not changing enough to include those missing sciences.

It is not a pleasant prospect to think that the wind of science might soon knock down a magnificent old tree that grew from practically nothing.

“Survival is optional. No one has to change.”[1]http://www.leanblog.org/2013/02/dont-threaten-people-with-this-deming-quote/

Luckily the osteopathic profession is made up of people and if there is one thing that neuroscience shows us, it is that people can and do change.[2]https://www.theguardian.com/science/2015/feb/08/norman-doidge-brain-healing-neuroplasticity-interview My hope is that the people within osteopathy who believe they can expand and improve over time, are not just thinking about improving what they already know but are, like Nick, digging so much deeper.