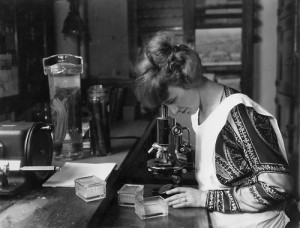 A newish phenomenon has arisen on the internet. The use of research as evidence, or as I like to call it: Drop link, drop mic.

Google and Google Scholar make it easy to find research on the internet now that a physical trip to the library is not required. Key words can be used to match title to the claim being made, and for the link dropper that often seems to be enough. 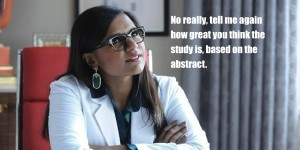 The research link is often something along the lines of an abstract to a study that mentions the words, or series of words that confirm the bias of the person dropping the link. The conclusion of the abstract, a synopsis of the author’s interpretation and often only one line, invariably has a positive spin in support of the argument the link dropper is trying to make.

What qualifies the Drop Mic phenomenon is that there is little to no critical evaluation that takes place on the quality of the research the link provides or its relevance to the topic at hand.

The link dropper uses the link they dropped as their argument.

Those of us inhabiting the vast number of science-based forums out there on the internet have done it at least once, perhaps when we were in a hurry, but that sort of laziness should not be standard for the practiced critical thinker.

In the CAM world, a majority of us have little educational exposure to and even less practice in critical thinking, scientific thinking and evaluating research. Those who do are often self-taught. There are relatively few PhD’s in CAM professions and though a PhD isn’t a guarantee, the likelihood of critical thinking and research methodology exposure for that person is higher than for the rest of us.

And for the rest of us, understanding what research is and how it differs from evidence is a little understood concept that, should, really, be understood.

Research: Explorable.com  provides a clear in depth explanation of what research is from a scientific standpoint. They make the distinction between the word being used in every day language as different from the way it is used in science: “The strict definition of scientific research is performing a methodical study in order to prove a hypothesis or answer a specific question. Finding a definitive answer is the central goal of any experimental process. Research must be systematic and follow a series of steps and a rigid standard protocol.”

They provide an illustration of evidence using a hypothesis. “For example, an infective organism, “Helicobacter pylori”, has shown to cause stomach ulcers in humans. Following evidence may prove the hypothesis that H. pylorus is indeed a cause of peptic ulcers in humans.

There are several aspects to the evidence presented here in support of the hypothesis illustrating that scientific research, or one or more research experiments, is only one factor in the larger concept of evidence that includes clinical observation, data and science.

USLegal.com supports this ‘more than just research’ requirement of evidence: “Competent and reliable scientific evidence means tests, analyses, research, studies, or other evidence based on the expertise of professionals in the relevant area, that has been conducted and evaluated in an objective manner by persons qualified to do so, using procedures generally accepted in the profession to yield accurate and reliable results.”

Research is singular and structured. Evidence is plural and diverse. Scientific evidence includes scientific research, but not to the exclusion of other forms of evidence.

So next time you think about dropping a link as though that will make your case for you, think about what you are trying to say. If you are using scientific research, a study or even a study abstract, it is important to acknowledge that you do not have evidence, you have information. You don’t have to acknowledge this directly, you can do it indirectly by not equating the relevance of the research, which may be considerable to the concept, as evidence for support of that concept. 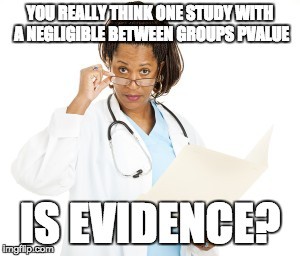 There is one other issue that is significant to those of us in CAM and is related to both scientific research and scientific evidence: “Since meaningful statistical significance as a rule is an essential step to validation of a medical intervention, complementary alternative medicine cannot be considered evidence-based.” (Pandolfi, 2014)

You see what I did there? I just dropped a link to an abstract, but the quote is from the study proper. So I’ve read it, evaluated it and though there is much more to say on this link drop, that is for another post.